Since 2011 I have spent my Christmases with my partner's family in Lapland. During this festive period it is traditional for a relative or friend of the family to play Santa and deliver the presents to all the eager kids. Wanting to keep Christmas alive I have never volunteered for this role, nor have I ever been asked.

One cold Christmas Eve after my partner's brother had finished playing Santa - I decided to borrow his costume and head out into the local woods to take this portrait. The above portrait was used to make a festive postcard that is distributed every year at Christmas offering an alternative image to the stereotypical depictions of Santa Claus promoted worldwide. 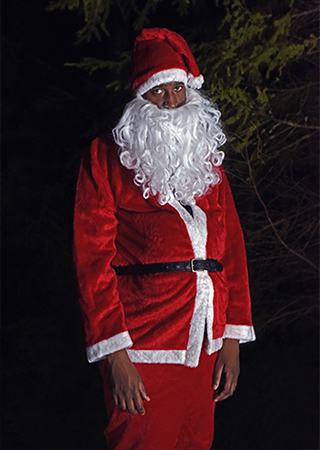